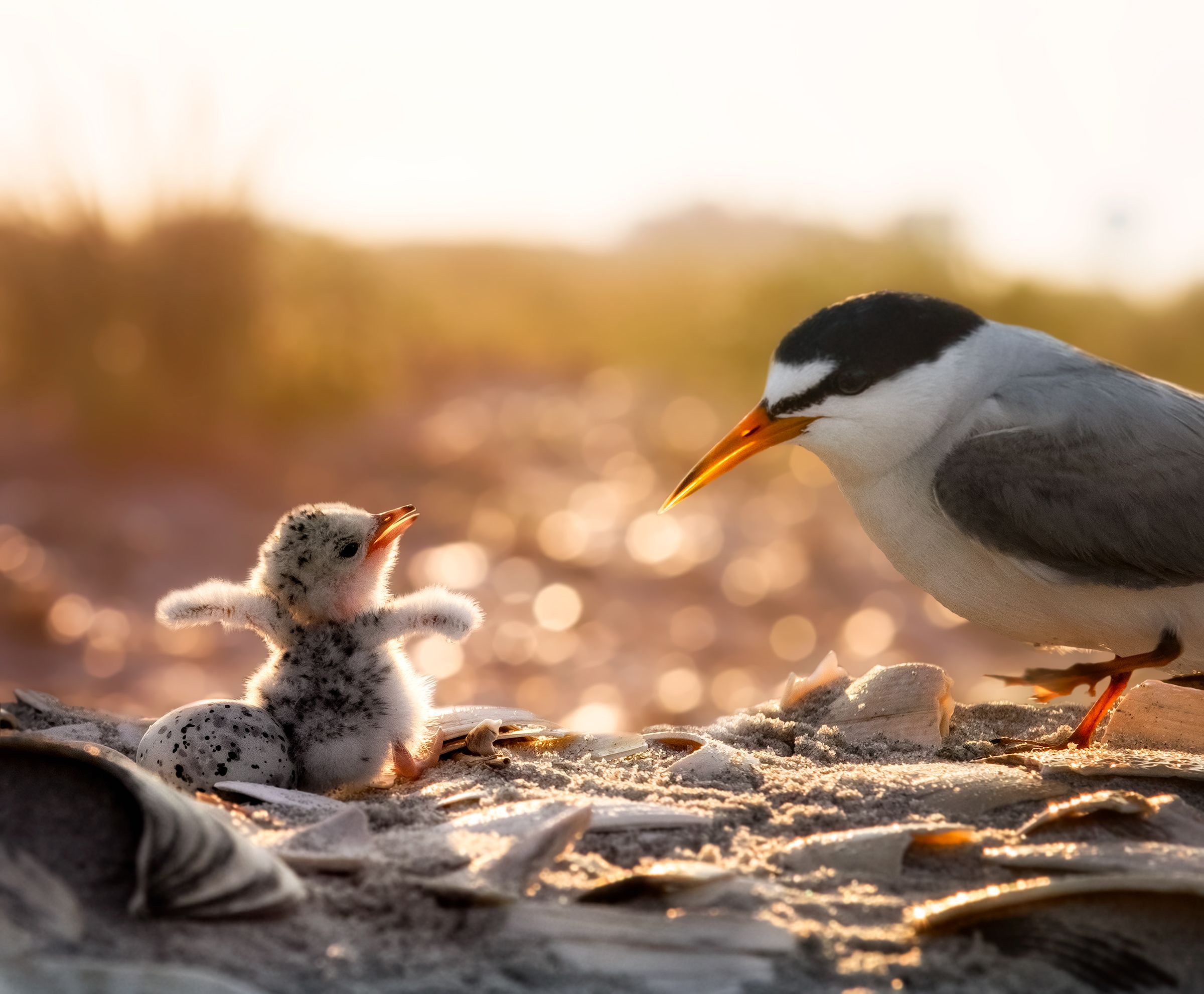 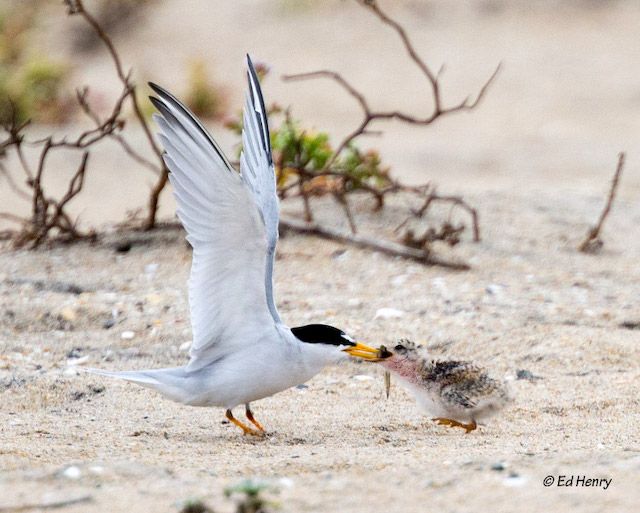 The California Least Tern (Sternula antillarum browni) is an endangered species of migratory seabird that nests along the coasts of California through Baja every April through mid-September. The second smallest species of tern (only 9 inches long when fully grown), this bird was one of the first species to receive federal protections after the Endangered Species Act was passed in 1973.

California Least Terns nest on open, sandy dunes along the coast, and feed on small fish like anchovy and smelt in shallow coastal waters, lagoons and estuaries. Over 60% of the nesting population can be found in San Diego County. Threats to the species include habitat loss, invasive plants, disturbance by beachgoers and dogs, increased predation, and declining food resources.

San Diego Audubon has been working to meet each of these threats with the help of our dedicated volunteers and our funders and partners, including the San Diego Association of Governments (SANDAG), the City of San Diego, the U.S. Fish and Wildlife Service, California Department of Fish and Wildlife, and San Diego Gas and Electric (SDG&E).

Our conservation efforts can be broken down into three main volunteer programs: habitat restoration events, the Conservation Team Leader program, and Ternwatchers, our predator monitoring volunteers. Click on each program below to learn about how you can help, and keep an eye out for events on the calendar.