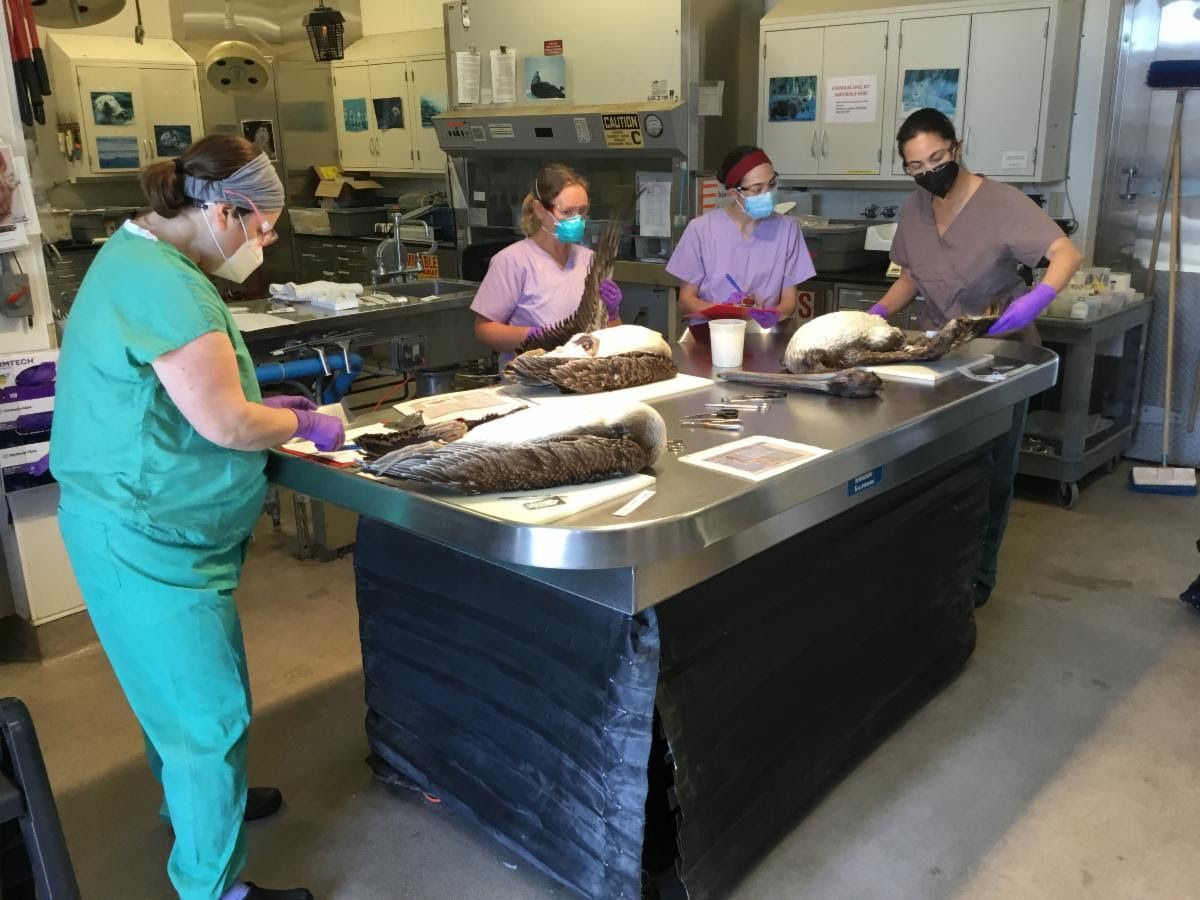 The pelicans arrived emaciated, and some had secondary injuries or fractures. Almost 700 pelicans were admitted for rehabilitation during this stranding event. After rehabilitative care and careful monitoring, more than 130 of these pelicans have gained weight, demonstrated normal behaviors and have subsequently been released. Additional pelicans will be released in coming weeks. Pelicans that sustained injuries will require several more weeks of care before they can be released.

The California Department of Fish and Wildlife (CDFW), along with the U.S. Fish and Wildlife Service (USFWS), wildlife rehabilitation facilities and other state partners submitted carcasses for postmortem examination to determine the cause of mortality. Among the pelicans that were necropsied, the primary finding was emaciated body condition. No diseases or toxins were detected. Avian influenza was not detected in the examined pelicans. The cause of this stranding event was determined to be starvation. The factors that contributed to starvation are still under investigation.

Pelicans feed primarily on anchovies, but anchovies are currently abundant, and it is unclear why these pelicans were not able to find enough prey over this relatively short timeframe in May. It is possible the prolonged periods of unusually strong winds in late April and early May interfered with their ability to forage. Additionally, the overall population of pelicans has been increasing over the last several years, potentially leading to more competition for food resources. CDFW continues to compile information on the possible factors involved in this event.

Residents can help by continuing to report dead birds to CDFW’s Wildlife Health Laboratory using the mortality reporting form and by contacting your nearest wildlife rehabilitation center if live birds in need of assistance are found.