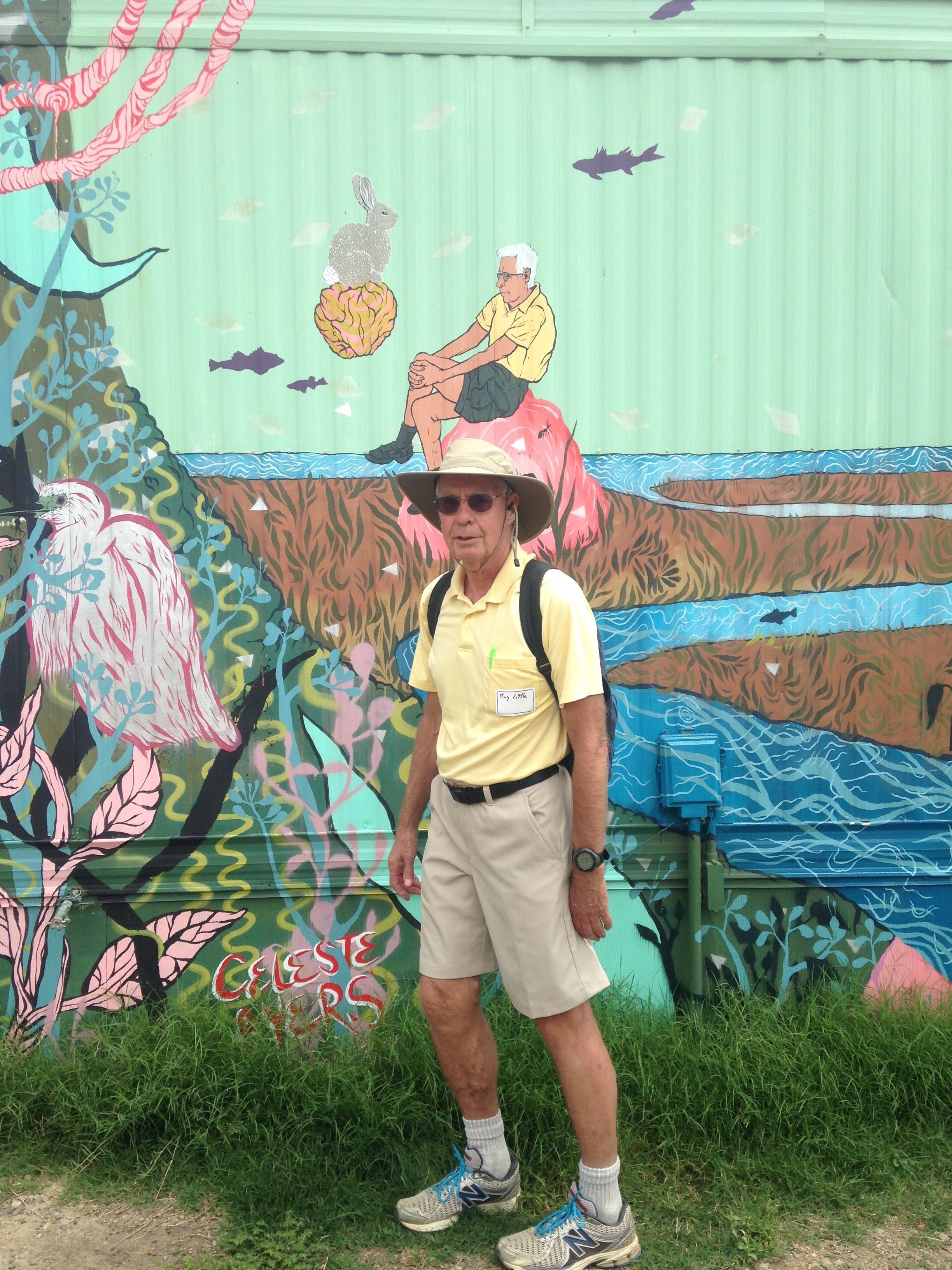 Last summer, Mission Bay lost an important ally when Roy Little, founding member of the Friends of Mission Bay Marshes, passed away after an extended illness. San Diego Audubon and the UC Natural Reserve System are indebted to his efforts to study and protect the Kendall-Frost Marsh, and we wish to eulogize and celebrate his contributions here.

After a long career as a physicist, Roy Little retired in San Diego, where he became deeply involved in championing the protection of the Kendall-Frost Marsh Reserve. Living close to this special place, Roy immersed himself in learning everything he could about the marsh, including its hydrology, threats, and biodiversity. After teaching himself photography, Roy began documenting the wildlife he saw in this small and vulnerable habitat. He had an amazing eye for action; his pictures are not merely portraits, but rather action shots of wildlife in a variety of situations. Egrets taking flight, herons jockeying for space, and endangered Ridgway’s Rails using artificial nesting platforms. All species were represented in his photographic collection—gophers, coyotes, spiders and their webs, moths, butterflies, as well as birds and the native plants of the wetlands. Roy framed a selection of his pictures and posted them on the fence surrounding the Reserve for passersby to enjoy. This was especially impactful as the fence, while necessary to protect endangered species in such a fragmented habitat, creates a visual obstacle that results in many community members having little to no understanding of the importance of the area. He brought nature to life for the neighborhood, inspiring others to care about this space.

Roy also saw the need to increase community involvement to tackle more and larger projects. He led efforts to create the Friends of Mission Bay Marshes, a volunteer group that helps with maintenance and restoration of the marsh. As a member of the Wetlands Working Group, he also contributed to the design and analysis of the ReWild Mission Bay Feasibility Study. In addition, Roy helped to plan and execute the very first “Love Your Wetlands Day” in 2005, which drew about 40 attendees. Roy led walking tours through the marsh, guiding visitors as they helped refurbish nesting platforms for the Ridgway’s Rails or remove non-native plants and trash. He encouraged community volunteers to help build the event into something even bigger and more impactful.

Earlier this year, his friends and colleagues helped carry out the largest event yet, with 600 attendees, as well as outreach booths from many of San Diego’s environmental organizations, speeches by elected officials, and representation by Kumeyaay leaders. This was the first “Love Your Wetlands Day” since his passing, and a booth dedicated to his photos and activism was on display.

Roy dedicated thousands of hours to the Kendall-Frost Marsh Reserve, inspiring community members, contributing to increased scientific understanding of the species found there, and supporting efforts to protect this special place.