The Results are in: South Bay Bioblitz! 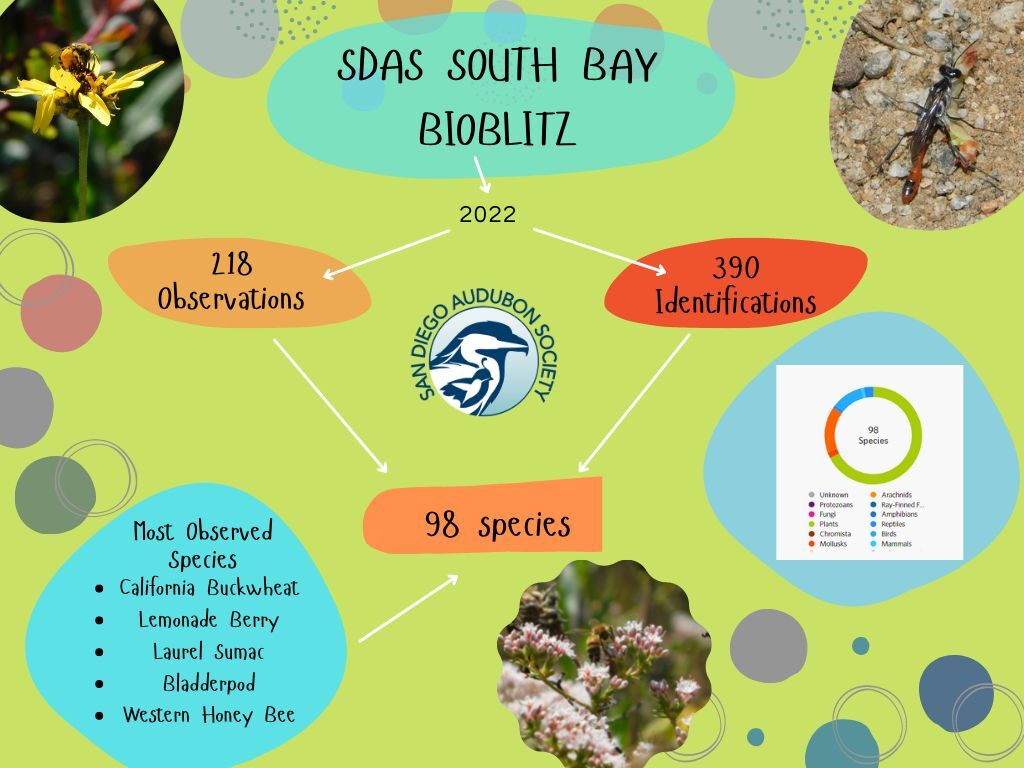 Thank you to everyone that particiapted in the City Nature Challenge!

Volunteers joined our staff at several locations in South Bay, including Grand Caribe Shoreline Park, Emory Cove along the Silver Strand, and the Tijuana Slough Wildlife Refuge. We have been restoring habitat here in partnership with the US Fish and Wildlife Service and the Port of San Diego, so this was a great opportunity to explore how the birds and pollinators are responding to these efforts.

In total, 67,220 people participated around the globe, observing 1,694,877 species. Thanks to all that joined the count, and stay tuned for next year's BioBlitz!