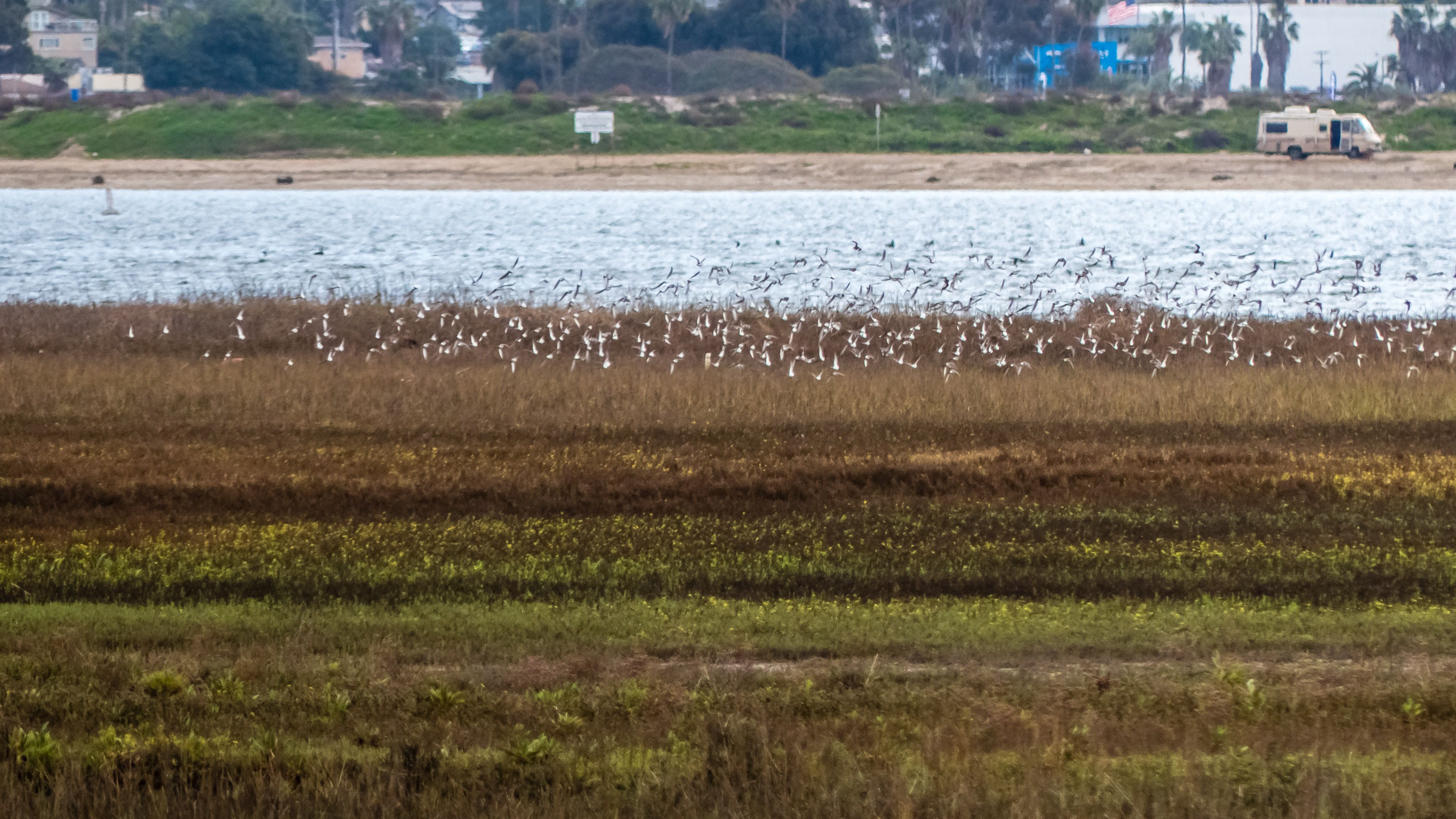 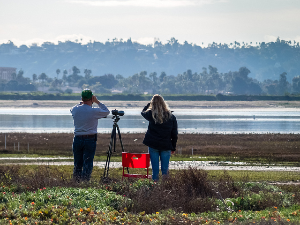 ‘Love Your Wetlands Day’ – the annual open house event at the Kendall-Frost Marsh Reserve - offers a rare opportunity to explore Mission Bay’s largest remaining wetland, and to envision what most of Mission Bay (then “Bahia Falsa” or False Bay) would have looked like before dredging and human development left its mark. Kendall-Frost’s forty acres of wetlands are refuge to a number of endangered species, including the Ridgway’s Light-footed Clapper Rail and the Belding’s Savannah Sparrow, as well as large groups of foraging shorebirds. Hemmed in on all sides by condominiums and roads, this small vestigial wetland is closed off for most of the year in order to reduce the likelihood of negative impacts to the native plants and animals. But on one Saturday in early February the gates swing open, allowing a curious public to glimpse the wonders that lay on the other side of the chain link fence. 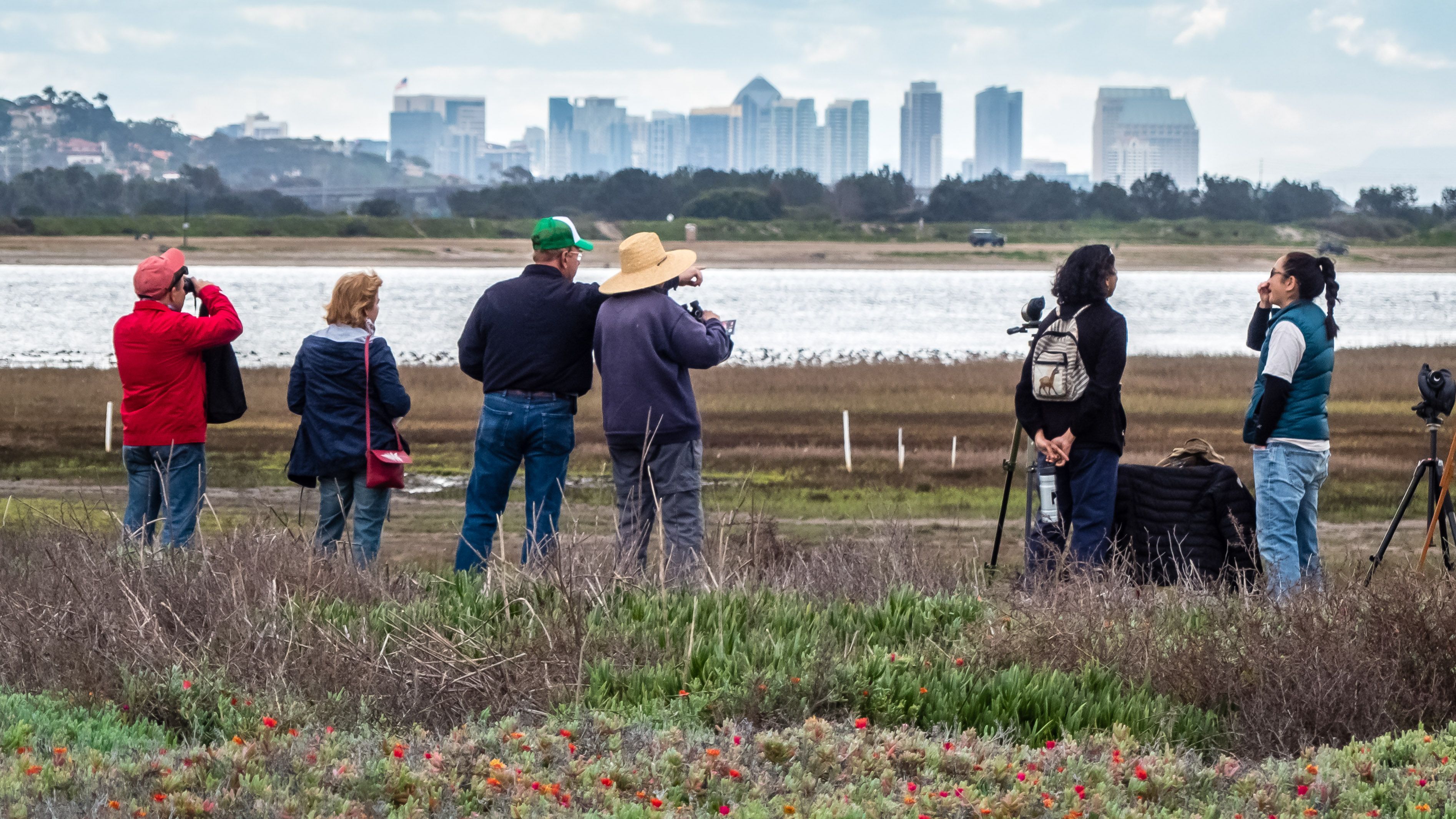 This year’s event was the largest one yet, with over 400 attendees participating in activities at three different locations. Elected officials including City Councilmembers Chris Ward and Jen Campbell, staff of Councilmembers Barbara Bry and Georgette Gómez, Assembly member Todd Gloria, and newly elected County Supervisor Nathan Fletcher, enjoyed a private VIP walk through the marsh before kicking off the public portion of the event, announcing their support for expanding and restoring the reserve for the enjoyment of future generations. They were joined by Edie Munk, great-granddaughter of the original owner of the Kendall-Frost parcel, Lena Kendall, whose generous donation of the land to UCSD facilitated its long-term protection. 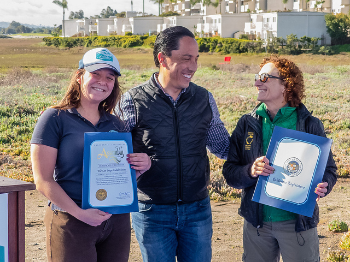 Members of the public assisted with repairing nesting platforms for the endangered Ridgway’s rail, removed trash from the marsh, planted native wetland plants, spied birds through spotting scopes, carried out water testing activities, and learned about the ReWild Mission Bay project. Children of all ages participated in hands-on learning activities, playing with sand and water and finding out about the various foraging strategies that shorebirds employ in their search for a satisfying meal. Members of the Santa Isabel tribe of the Iipay Nation led oral storytelling, enthralling listeners with tales of Mission Bay’s original inhabitants.

The gathering of diverse and enthusiastic community members was a look at what this corner of Mission Bay could look like year-round, if the reserve is expanded and made more resilient to both climatic and urban impacts. With the planning portion of the ReWild Mission Bay project now completed (read the Feasibility Study in its entirety here), that reality just might come to fruition sometime soon 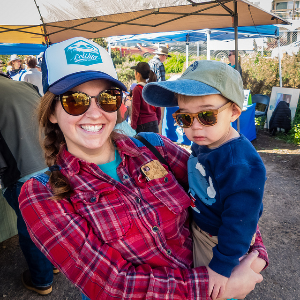 A huge thank you to all of the collaborating organizations that allowed this event to take place, including San Diego Coastkeeper, the UC Natural Reserve System, Friends of Mission Bay Marshes, the City of San Diego, Friends of Rose Creek, Beautiful PB, I Love A Clean San Diego, Project Wildlife, San Diego 350, San Diego Children and Nature, WILDCoast, the Environmental Center of San Diego, the San Diego Tracking Team, the Southwestern Wetlands Interpretive Association, MB High School, the Climate Science Alliance, and the Scripps Oceanographic Institute. We are also extremely indebted to the scores of volunteers that helped ensure this event ran as smoothly as possible.

To view more photographs of Love Your Wetlands Day, taken by Craig Chaddock, visit the album on our Facebook page.

Stay tuned for next year’s event – it will be a blast! 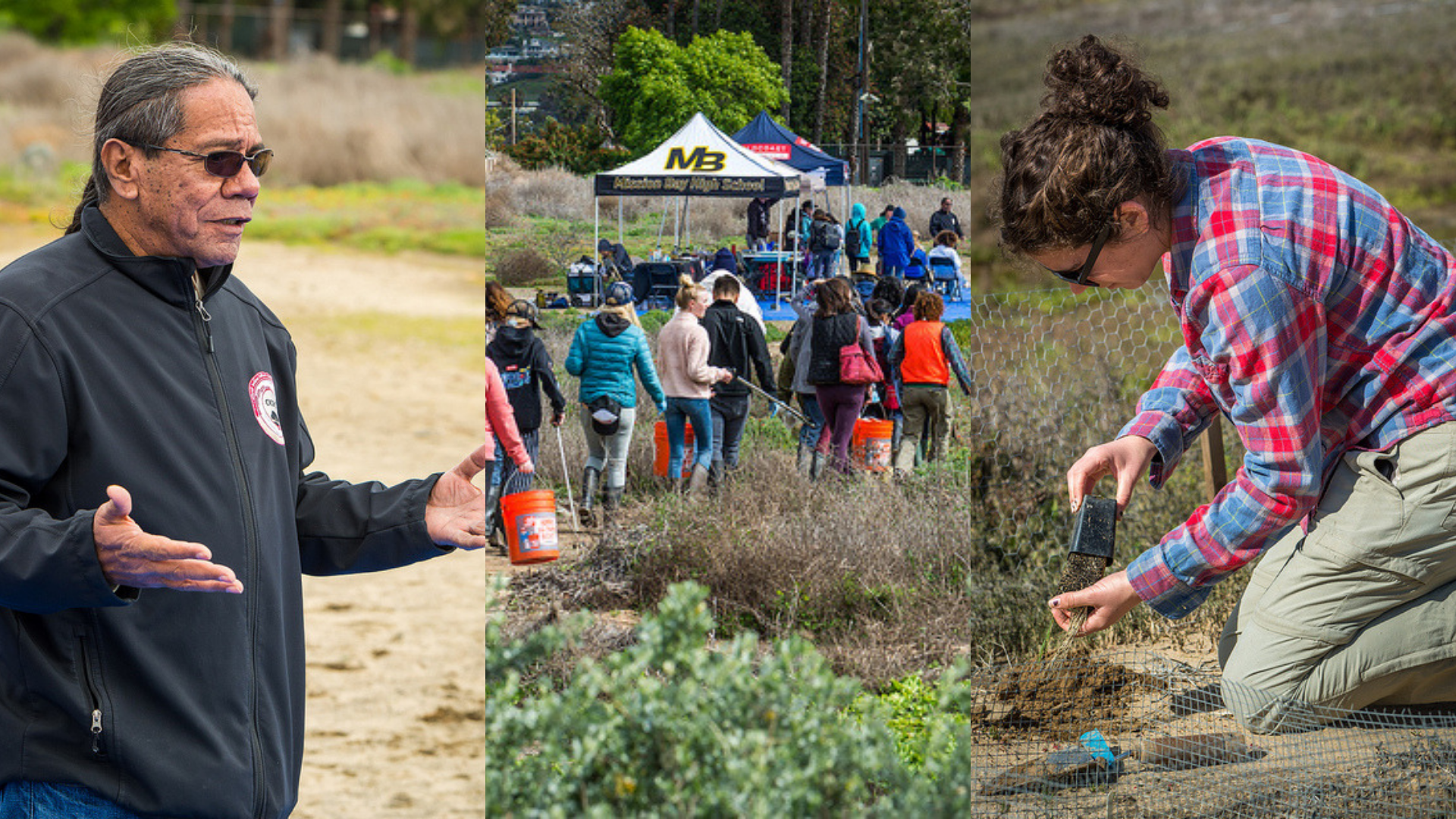